Why SEO is Not Dead

Every time Google announces another update to their search algorithm, blogs around the world come alive with articles about how SEO is dead. However, these claims have been appearing for as long as SEO has been a thing. It’s a big claim to make, and so far, it is an assumption that has been incorrect every time it has been made. SEO isn’t dead, it’s not even dying. SEO is alive and healthier than it has ever been. 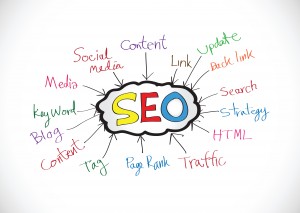 Saying that SEO isn’t dead is kind of a no brainer – given how glaringly obvious it is with the massive, thriving industry built around it, and the fact that nearly everyone is still actively working on it. Organic search traffic is the largest segment of search traffic and businesses are always going to look for ways to bring that traffic to their sites. I could list a series of figures that outline how active (and alive) SEO is, but instead I’d like to take some time to address the claims of its recent or impending demise.

Point 1: Different does not mean dead

Many of the claims that SEO is dead focus on the fact that the methods of the past no longer work. Yes Google today is different from Google a year ago, but Google will always make changes. Google’s aim is to stay ahead of the competition and that means making their search engine more sophisticated. The result is that certain SEO methods become less effective or even counter effective. But people are still optimising websites for search engines, they are just using more sophisticated methods for modern search algorithms. That’s not dead to me, that’s just different.

Point 2: Some people have a financial stake in the claim

Like any product or service SEO has its alternatives in various forms. As an SEO professional there’s obviously some bias when I say that SEO is very powerful but as a person I wouldn’t be working in this industry if I didn’t believe that. Whenever anyone makes a claim it’s important to understand exactly why they are making that claim. If you’re talking to someone who sells oranges it’s probably not a good idea to take their word for it if they tell you apples are bad for you or that apple trees are dying out. By the same token if an apple salesperson tells you that apples are the best it’s ok to be a little skeptical. The bottom line is do some independent research whenever someone makes a big claim whether it’s that apple trees are dying out or that SEO is dead. Especially if the person making the claim would benefit financially from it being true or at least you believing it to be true.

The other thing that happens when someone makes a big claim, whether it happens to be true or not, is that they get attention. Attention online means social media shares and to put it bluntly: links. Ironically many of the people claiming that SEO is dead know very well it isn’t dead but are actually using an SEO strategy themselves. It’s the same principle that has led to the creation of the countless clickbait websites out there. Clicks and links translate to money these days and there’s no shortage of people willing to make a big claim if it might contribute to profits.

As a follow up point to number three above some people just love attention for its own sake. Trolls would also come under this category as even a cursory glance online will reveal vast numbers of people writing content just to enjoy the reaction it provokes.

SEO isn’t dead and as long as there are search engines there will be people doing whatever they can to appear higher in the rankings. SEO has changed with the search algorithms it is subject to and some methods have been dropped along the way as they have stopped being effective. Newer and more advanced methods have arisen to take their place however. If something is becoming more complicated, advanced and sophisticated then it isn’t dying, it’s simply evolving.